In Blog,Local Governance and Service Delivery

After the collection of Census and Institutional data, COMMITTED has started the municipal profile validation program at its chosen municipalities. Starting from August 15 to 25, we visited three among 11 municipalities namely Tikapur, Tansen and Ghorahi.

The three days validation program comprised of two stages: the first one consisting presentation of draft municipal profile to the municipality representatives and members of sectoral departments embodying health, education, revenue, engineering, agriculture, survey, and forest. During the half day session, COMMITTED presented all ten sections of the draft profile: municipality’s introduction, demography, land use, economic sector and employment, agriculture and animal husbandry, physical and public infrastructure, social infrastructure and services, forest and environment, development index and poverty, and miscellaneous. Following the presentation, the next day session included data gap analysis, corrections based on previous day’s comments and feedbacks, and verification of information in consultation with aforementioned sectoral departments.

During the second stage, the municipalities relayed an open notification for public discussion (townhall meeting) on the draft profile via FM radio, website and other social media platforms.  The third day was followed by municipality’s Chief Administrative Officer presenting municipal profile to the public and COMMITTED collecting comments and feedbacks. Townhall meeting participants ranged from general public to academics, practitioners, local politicians, journalists,  and representatives from various associations like transportation, tourism, industry & commerce to name a few. 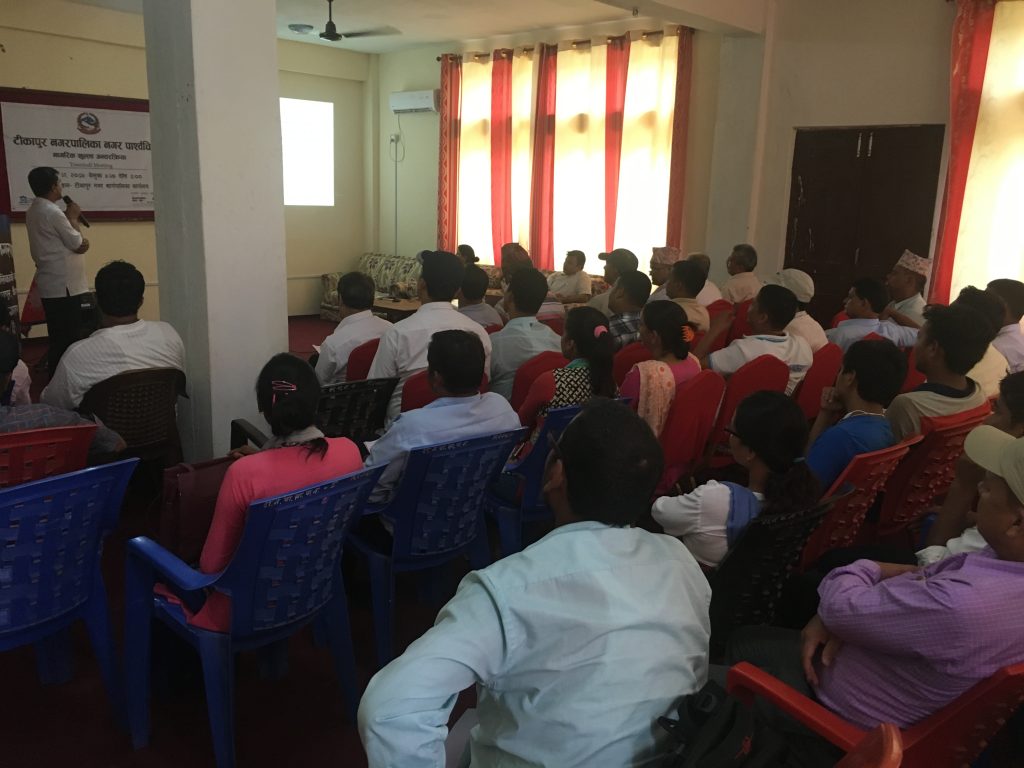 Once all the comments gathered during the validation programs and analysis given by COMMITTED’s sectoral experts are incorporated in the municipal profile, a final draft will be disseminated to the respective municipalities for review, after which it will be ready for publication. 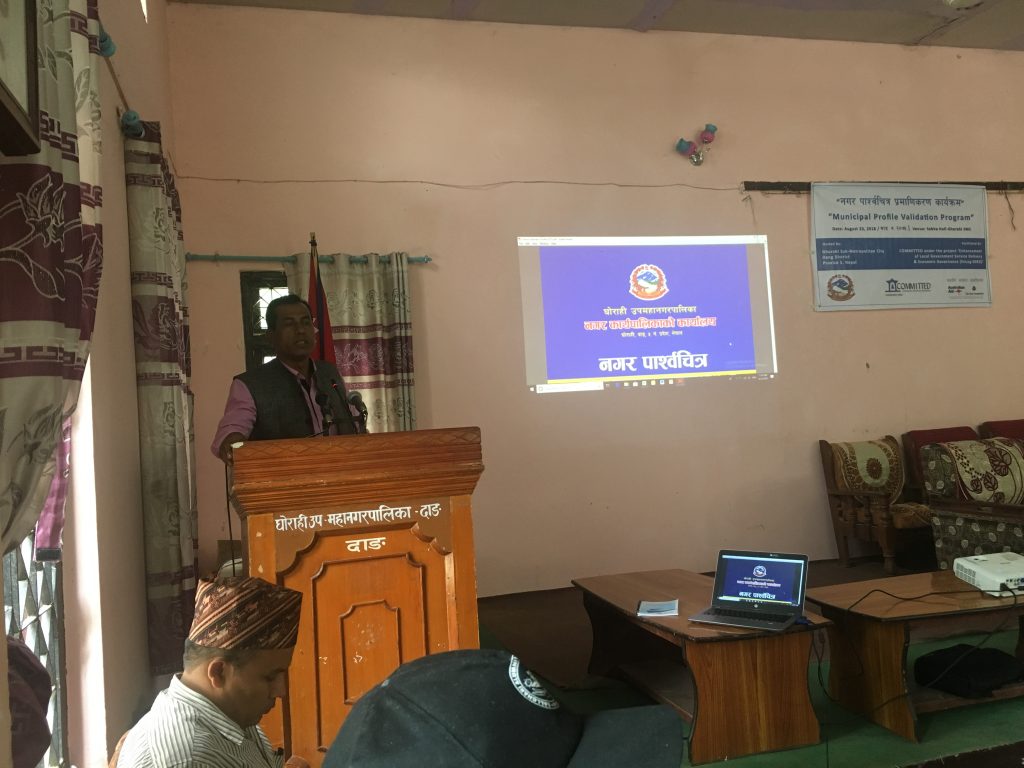 This program is under COMMITTED’s Enhancement of Local Government Service Delivery and Economic Governance (EnLog-SDEG) project funded by DFAT/ The Asia Foundation.